I'm back today with some catch-up stuff for The Traveling Quilts. (Unfamiliar with The Traveling Quilts? More info in my Part 1 post.) After I finished my initial piece and sent it on its way to Amber in Hawaii, I began planning my addition to Ashley's quilt. Here's what she pulled together to begin her journey: 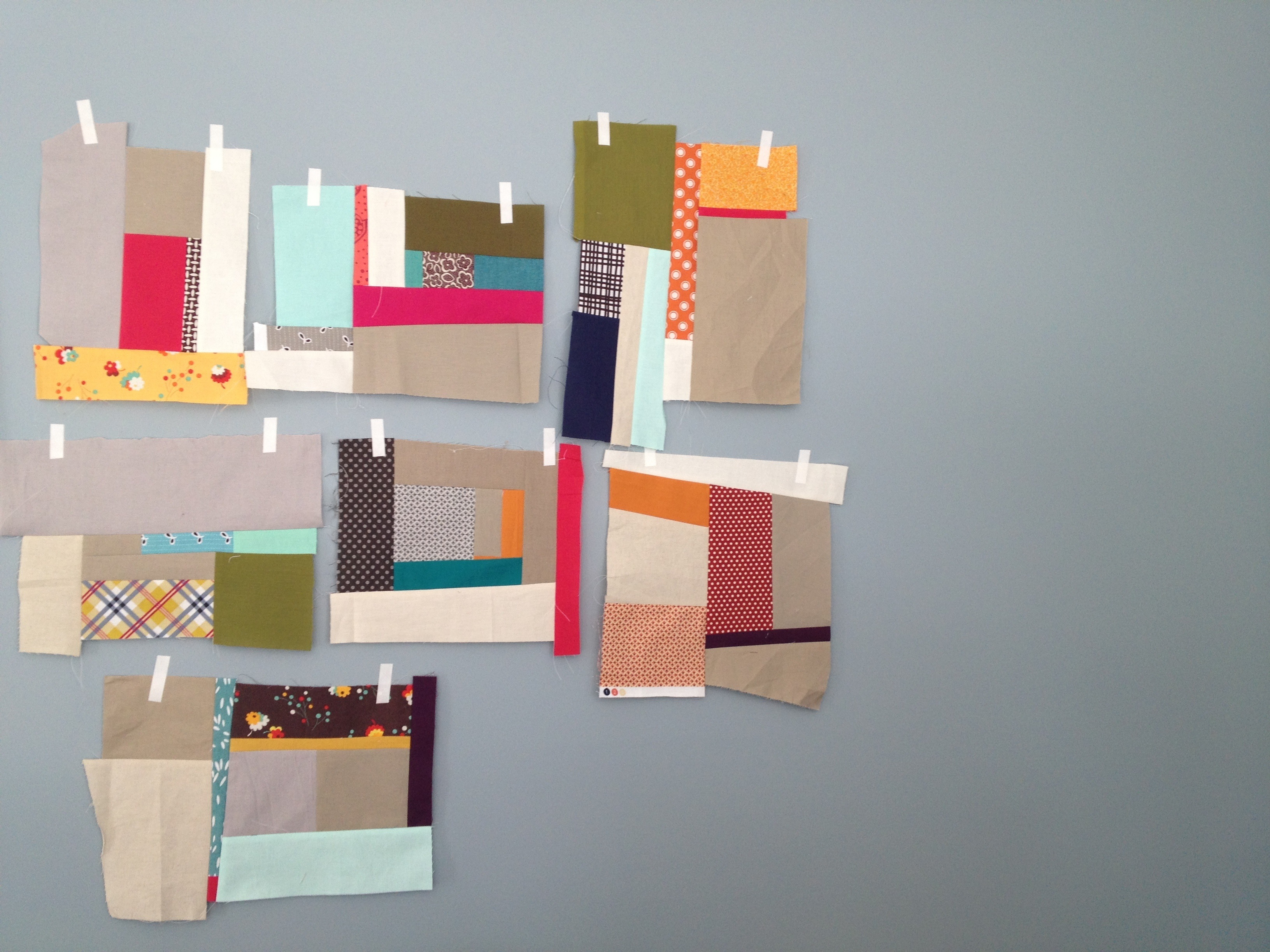 Picture courtesy of Ashley @ Film in the Fridge

Yeah, trying to add improv blocks to Ashley's amazing start was just a bit intimidating. A tough act to follow, for sure! I decided to just pull together a few more building blocks for the quilt without trying to put anything together just yet. After all, it was still early in the bee.

Here's what I came up with: 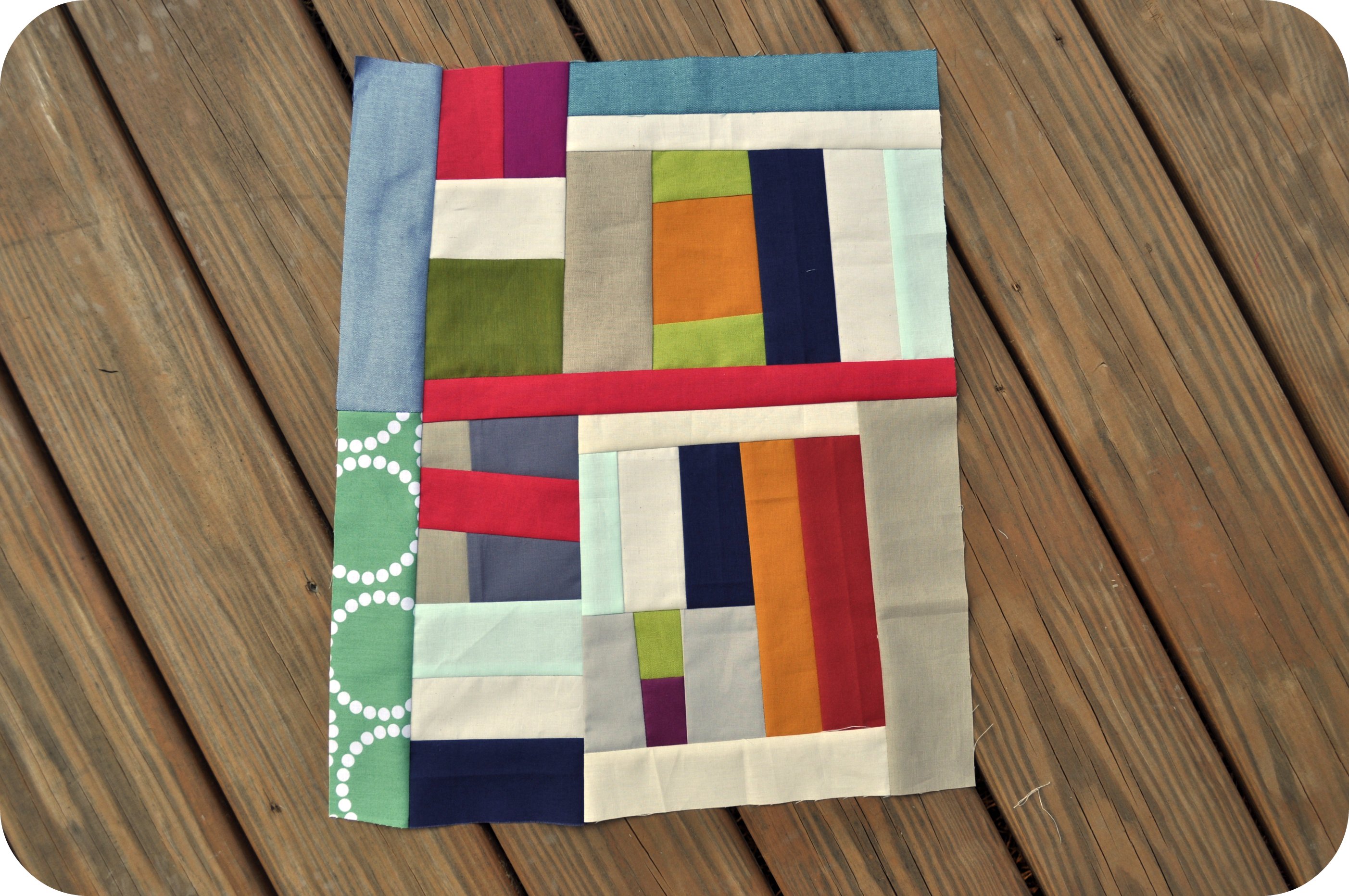 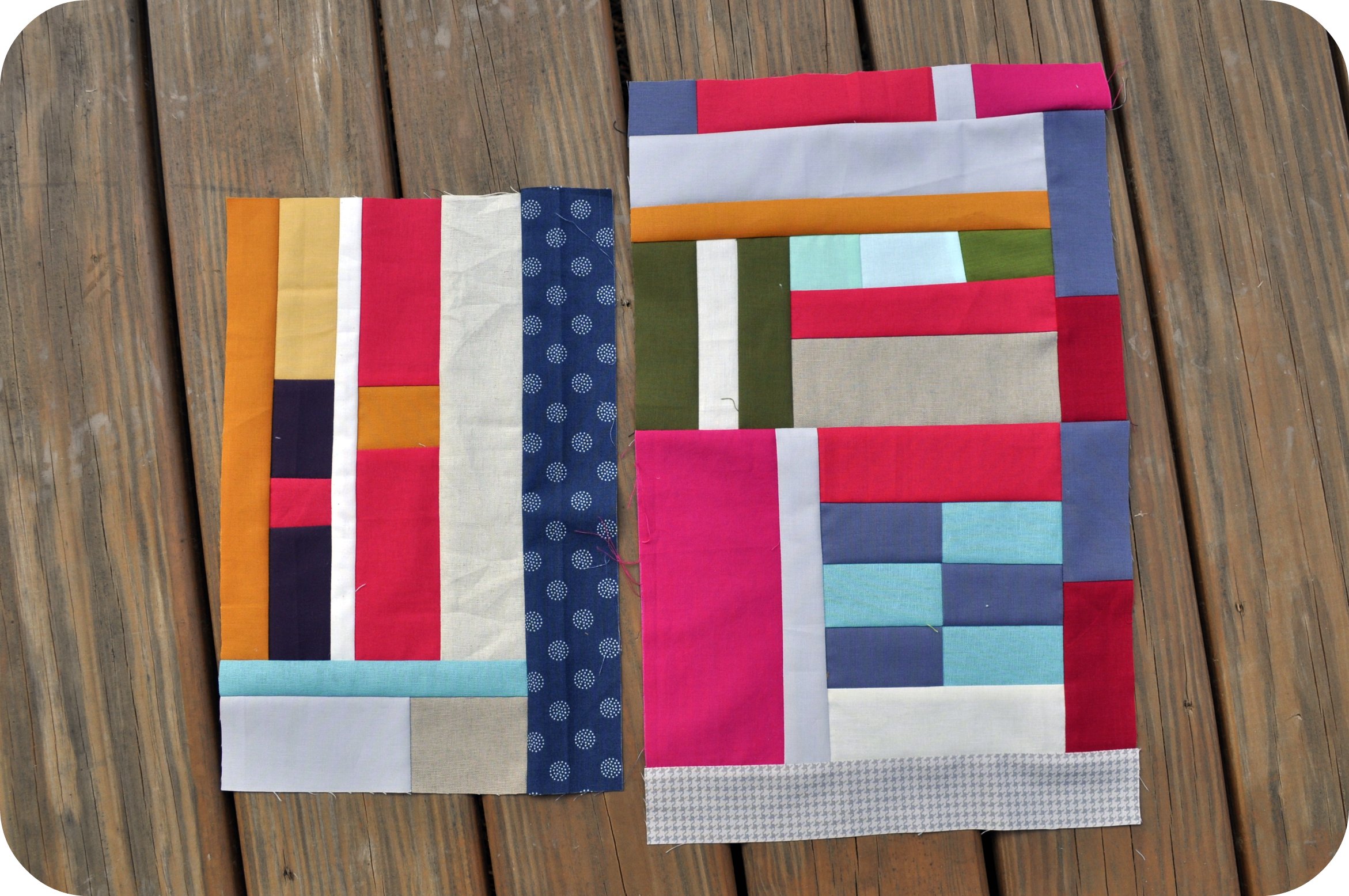 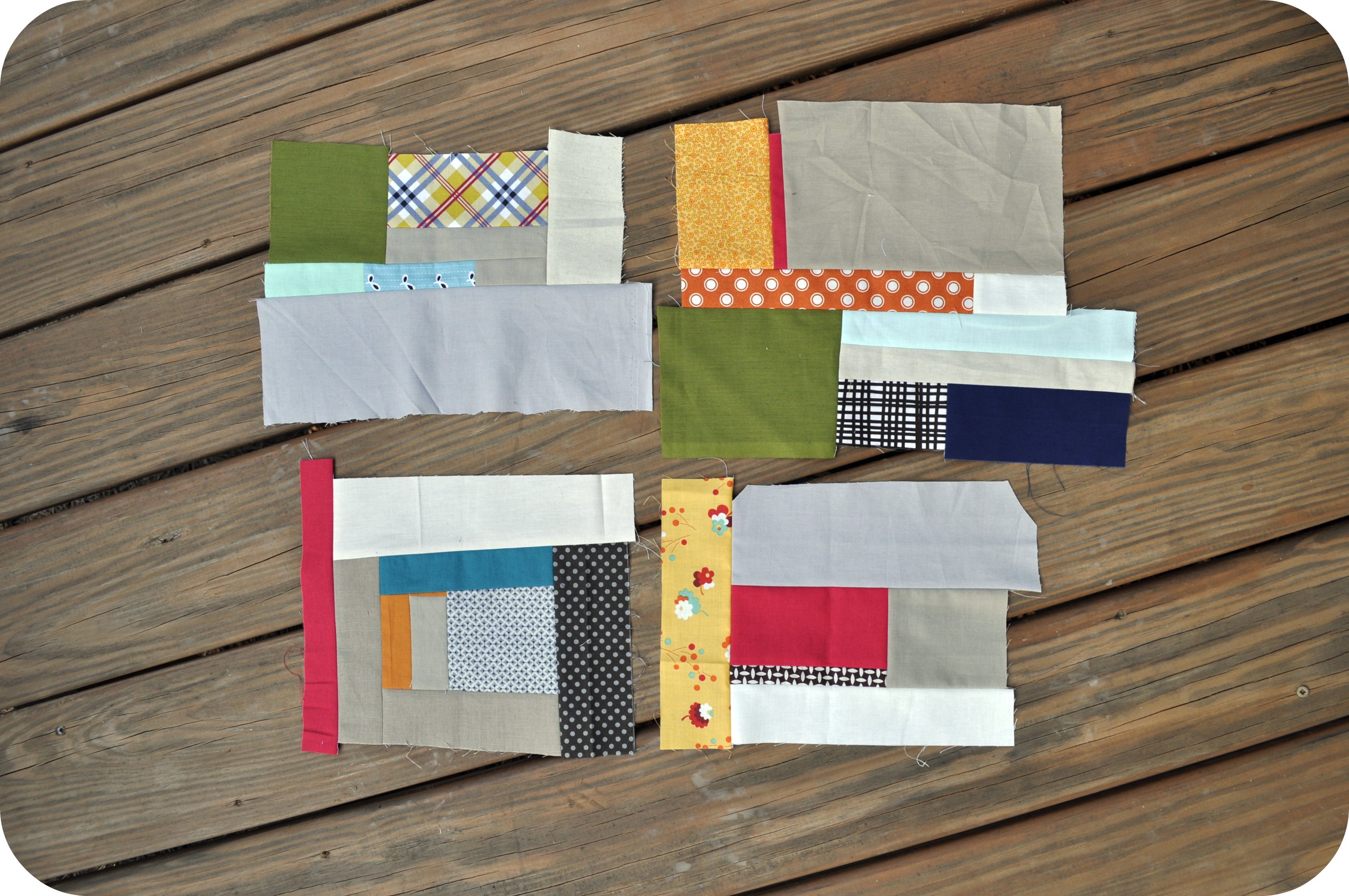 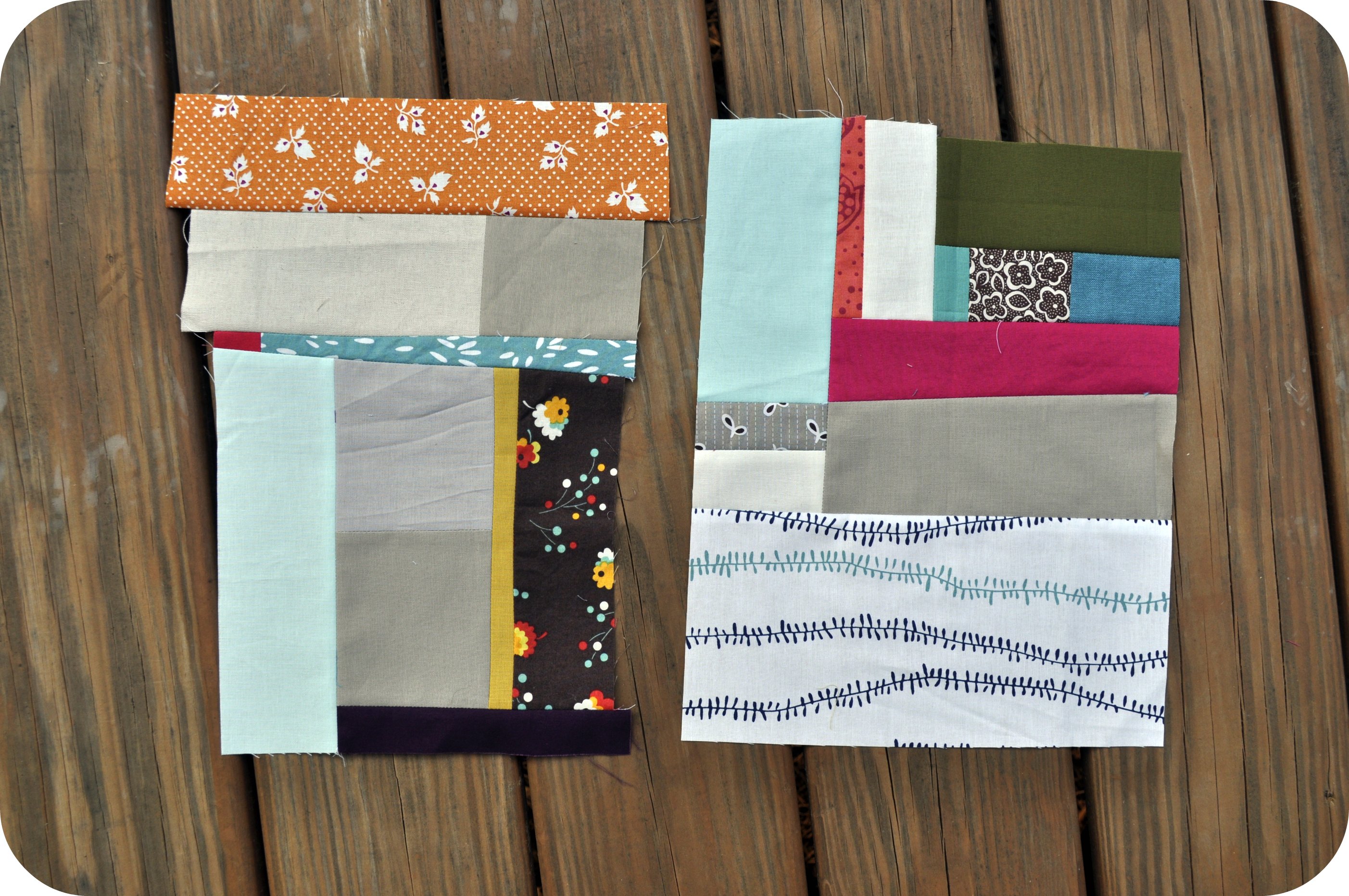 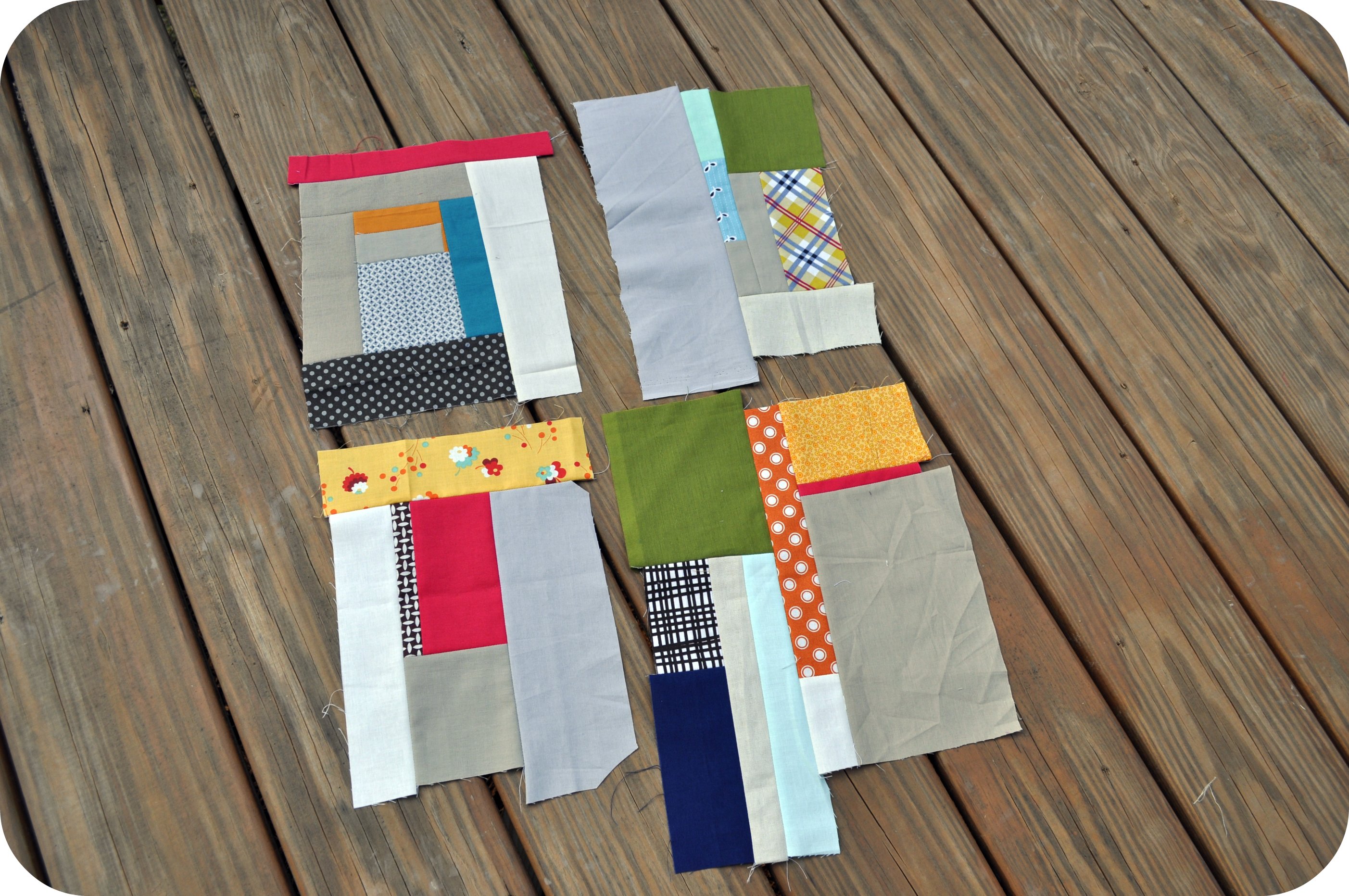 After those were safely packaged up and sent on to Amber, I eagerly awaited my next parcel. That Traveling Quilt was Faith's (of the popular Fresh Lemon Quilts.) 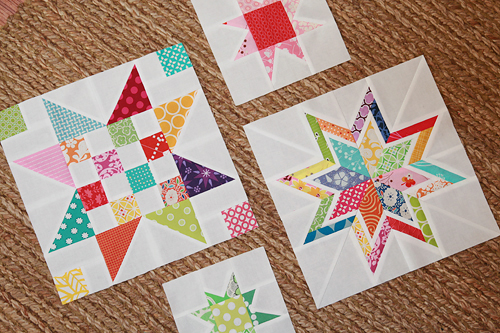 Faith decided on a "Constellation" theme and used the bright colors of the rainbow. I just knew right away that I wanted to make a nice big Swoon star to feature in Faith's quilt. I had a ball choosing some fabrics somewhat outside my comfort zone and customized the fabric placement in the pattern to feature several colors at once: 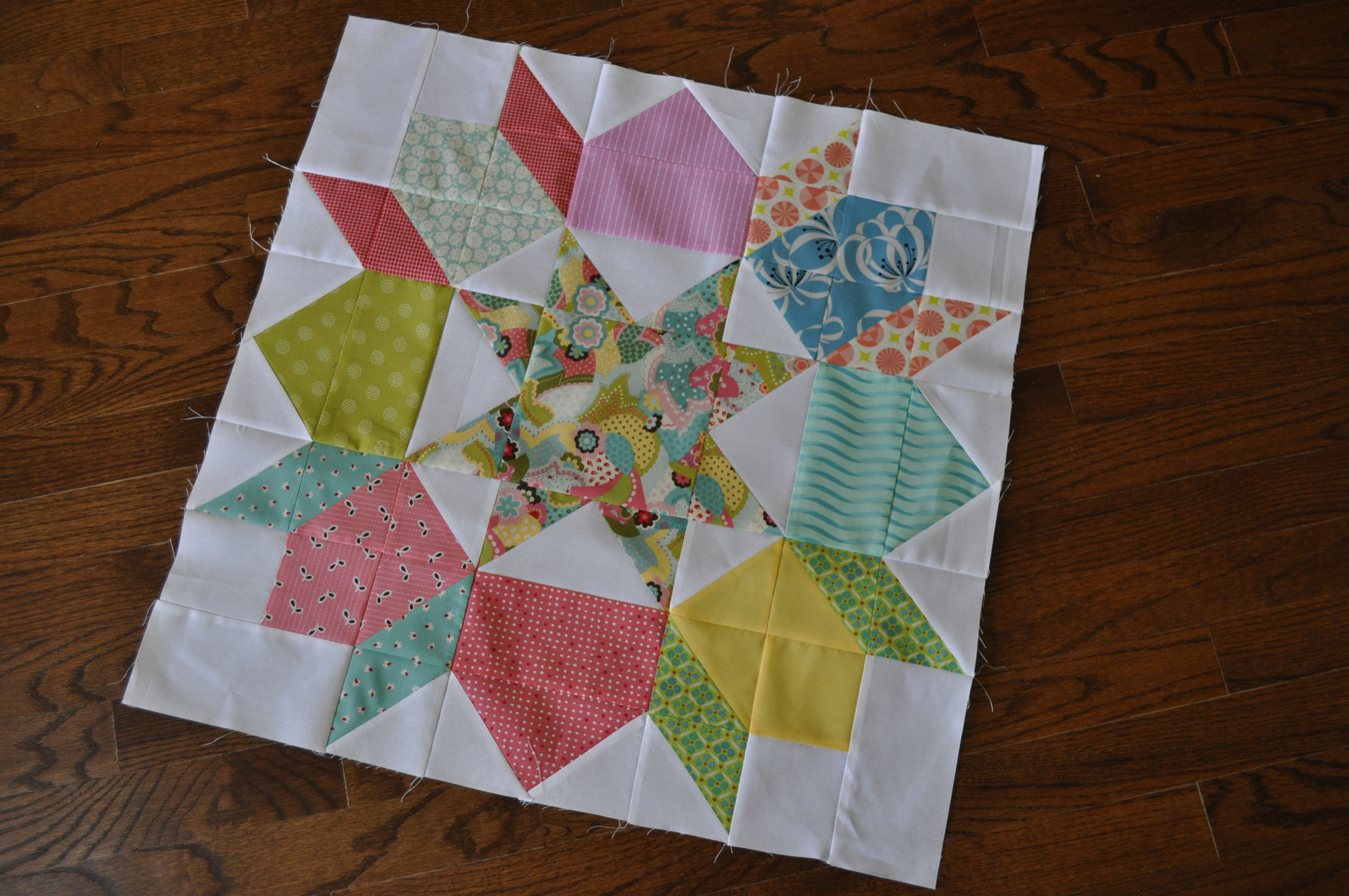 I also made a few more smaller stars and even built upon some of Faith & Ashley's blocks. Again, because we were so early in the bee, I kept the stars unattached so they could be building blocks for a later quilter. 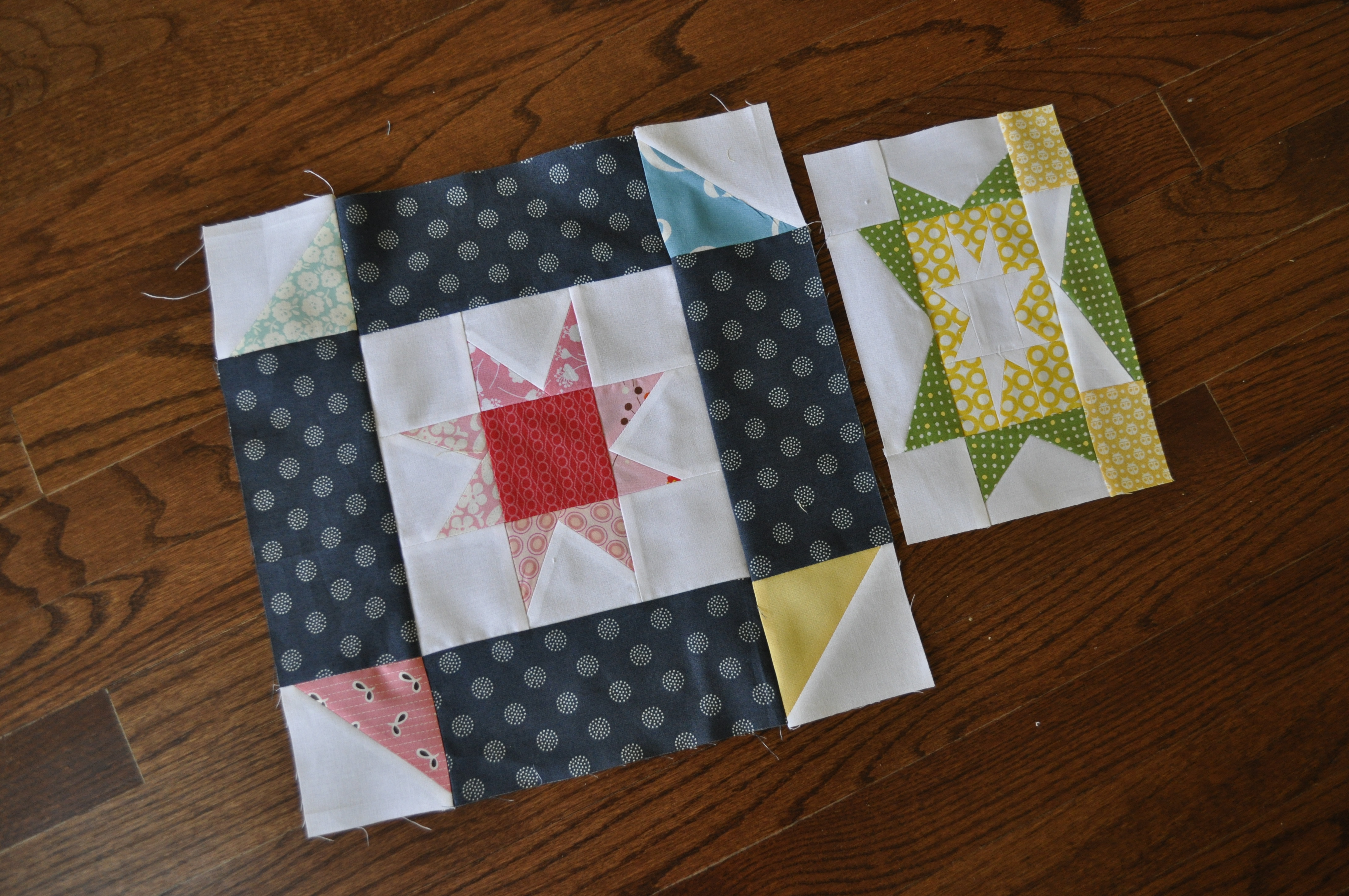 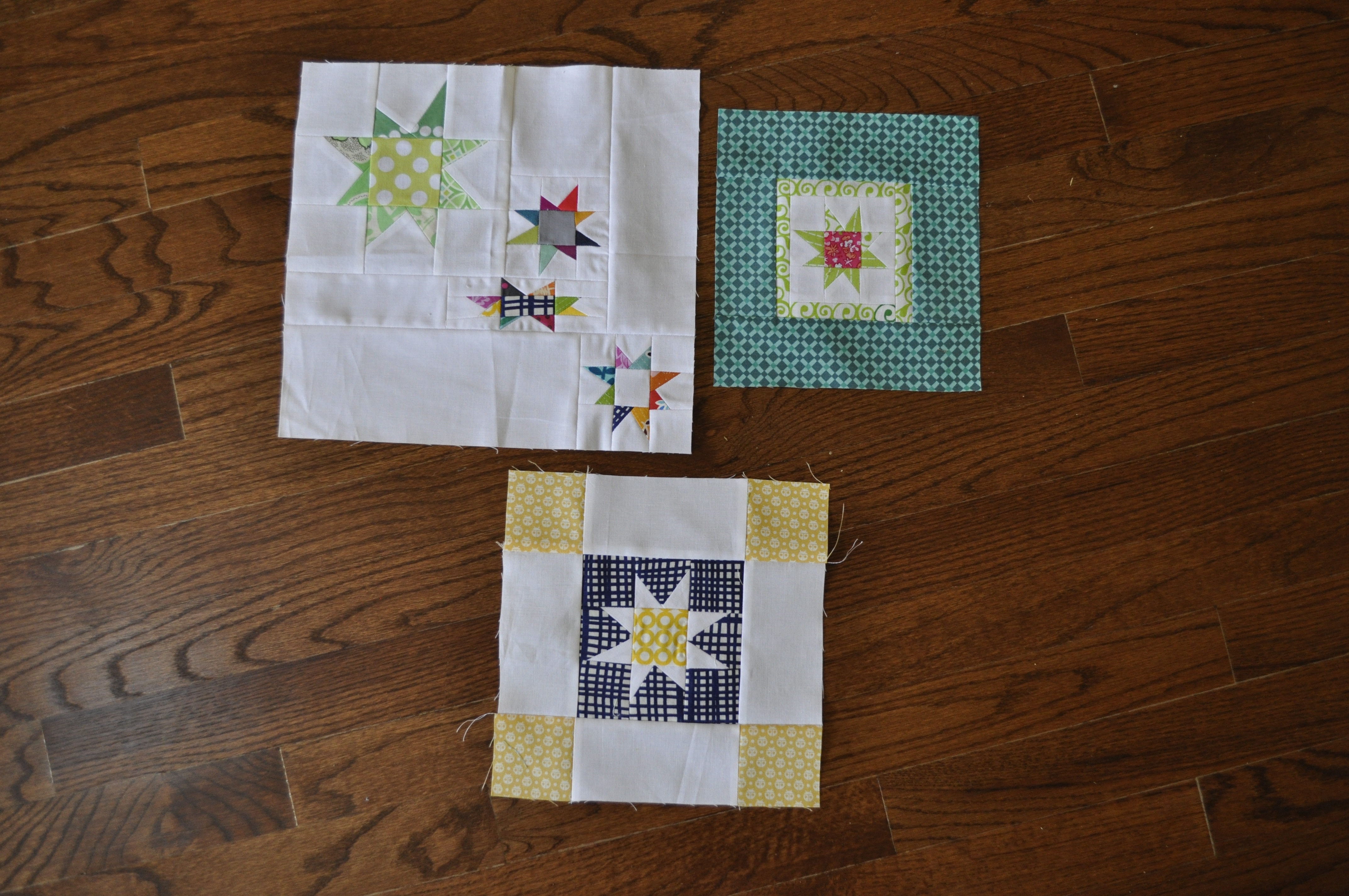 Next up: my blocks for Jacquie and Penny!
Posted by John at 7:00 AM