I received my Miniature Booty Swap quilt this week, and it turns out my partner was Toni, the Quilting Pirate herself! Yes, the swap hostess was my partner! And let me tell you, she did a fantastic job.
Here is my new quilt, named "Blue & Green Cubed": 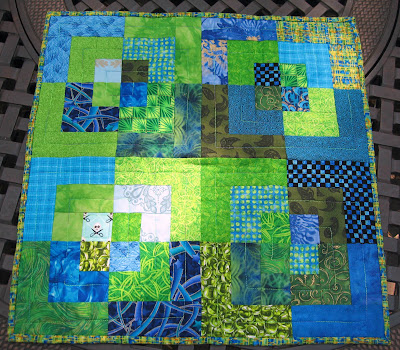 Isn't it wonderful? I've been a long-time admirer of anything with the Bento Box look. I've even bought the pattern but haven't been able to make one yet. So I was thrilled when I received something (to keep!) in one of my favorite patterns.

The colors are great, too. I wonder sometimes if people regret pulling my name in one of these swaps because I'm a guy, and it's not always the easiest thing to pick quilting fabrics suitable for a guy. But, so far, it doesn't seem to be an issue for anyone because all of my swap quilts are GREAT!! 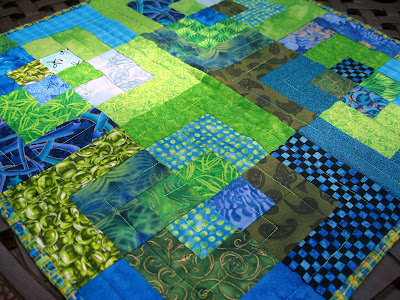 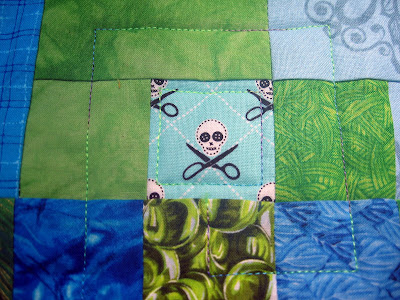 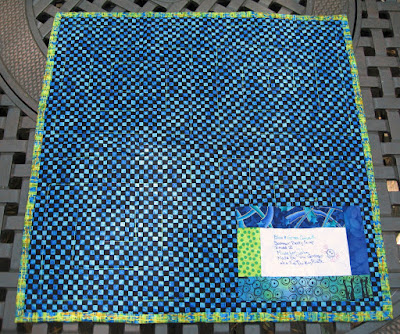 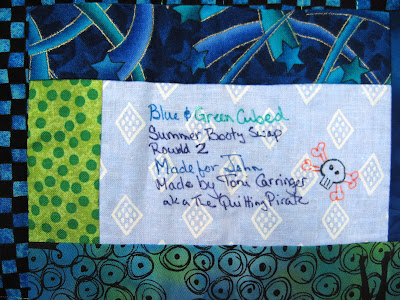 Toni also included some great pieces of fabric in her package. Thanks so much, Toni!!

Literally, within 10 minutes of opening this package my daughters absconded with both the quilt and the fabric pieces.

The quilt became a magic carpet (they're on an Aladdin kick) for Megan's Barbies: 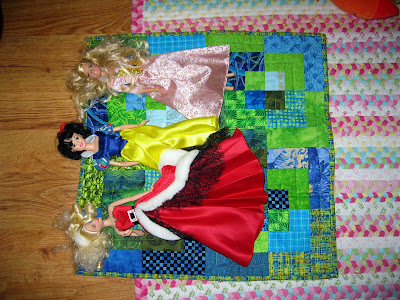 And the fabric became a blanket for Bevin's dollies (and kitty): 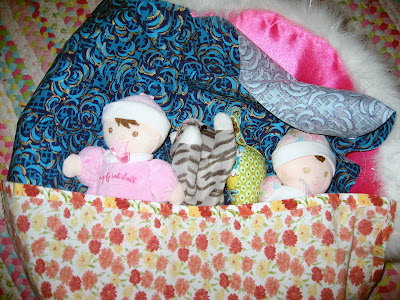