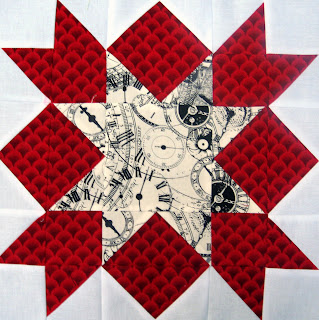 The pattern is the one for the second month of the Fat Quarter Shop's Designer Mystery Block of the month. It's called "Star Struck". 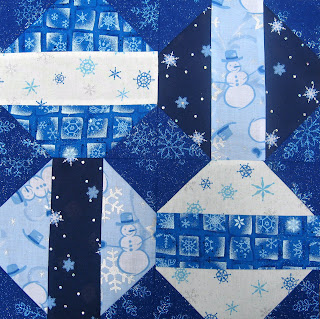 I picked this pattern, called "Indian's Mats", off of quilterscache.com because I thought it looked like Christmas ornaments. 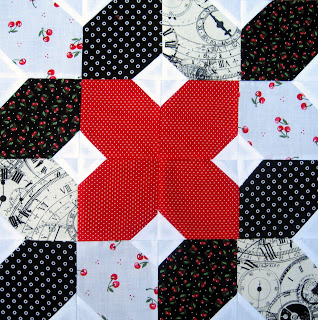 You might recognize this pattern as the first pattern from the aforementioned Designer Mystery Block of the Month. It's called "Cross Stitch". 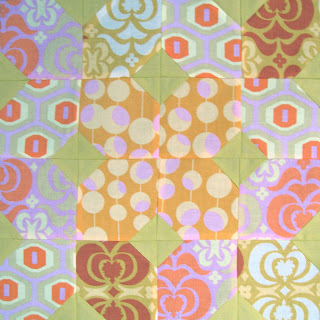 Another "Cross Stitch" block. The muted colors didn't photograph too well, but it looks much better in person! 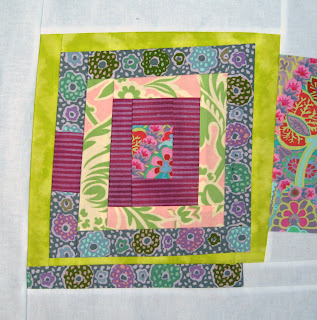 I used Jacquie's tutorial for this one. My first ever wonky log cabin! I really like how it came out, and I think I'll be making more. 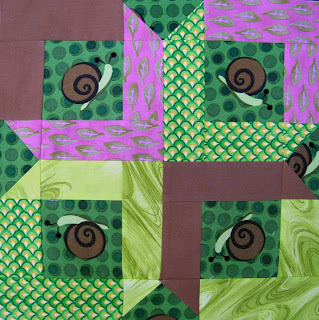 This one's called "Box Quilt" and it's also from Quilter's Cache. 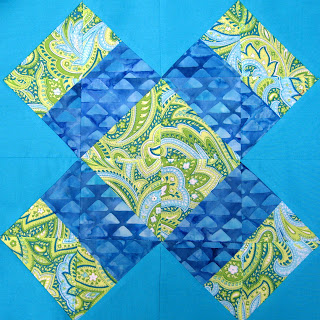 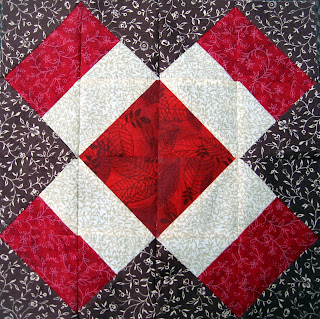 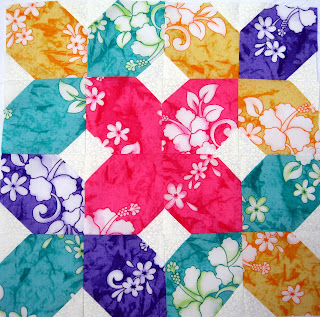 There's that "Cross Stitch" block again! Can you tell that I like it? : ) 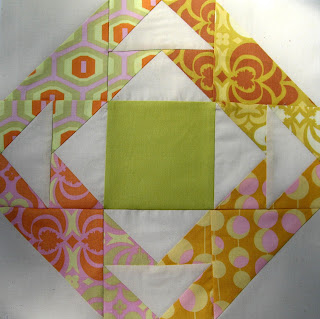 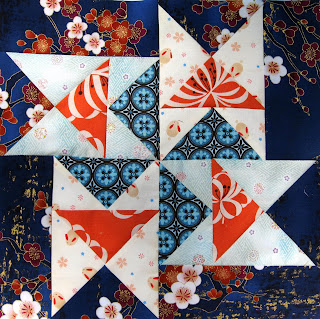 This one's the "Flying Dutchman Variation" from Quilter's Cache.

A third block for Jenicat: 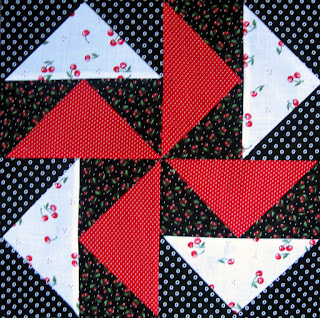 And here is a sampling of the blocks that have been made for me so far:

(Fabrics are Midwest Modern from Amy Butler, but they don't seem to photograph too well. The blocks are GORGEOUS in person! Everyone is doing such great work in this swap!) 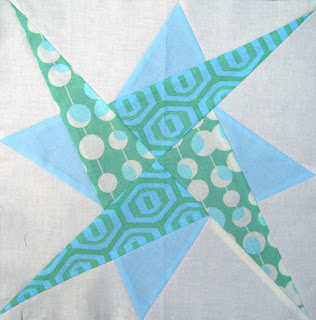 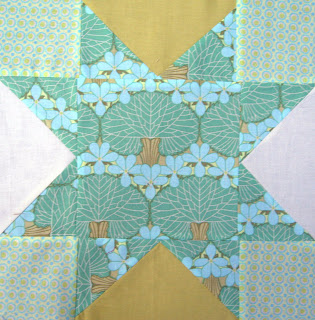 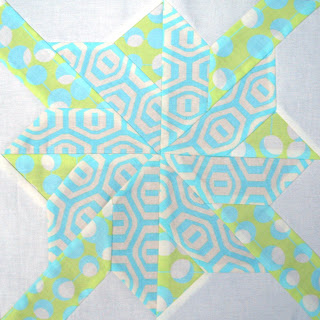 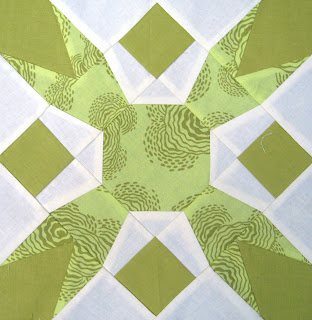 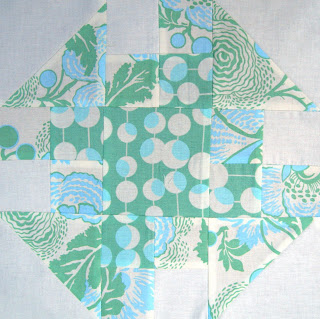